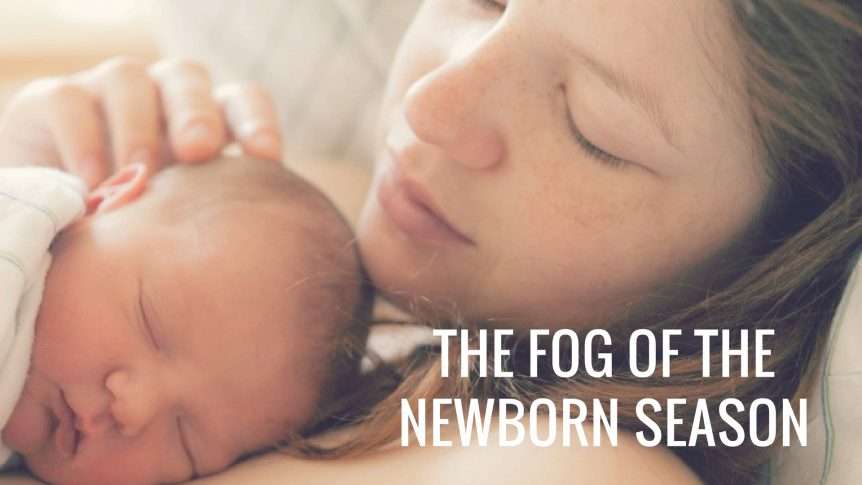 I was pregnant and I was terrified.

We were pregnant again straight on the heels of a miscarriage. Hardly anyone knew. I had a very minor bleed one October night and panicked. I’ve never gone from fine to bawling so fast. I felt that for most of October (which coincidentally is pregnancy and infant loss awareness month), I couldn’t really take a deep breath. I desperately hoped I would stay pregnant, but I was so scared of losing this baby that I thought of little else. But I couldn’t talk about it with many people. Newborn season wasn’t even on my radar — I needed to get through pregnancy first. 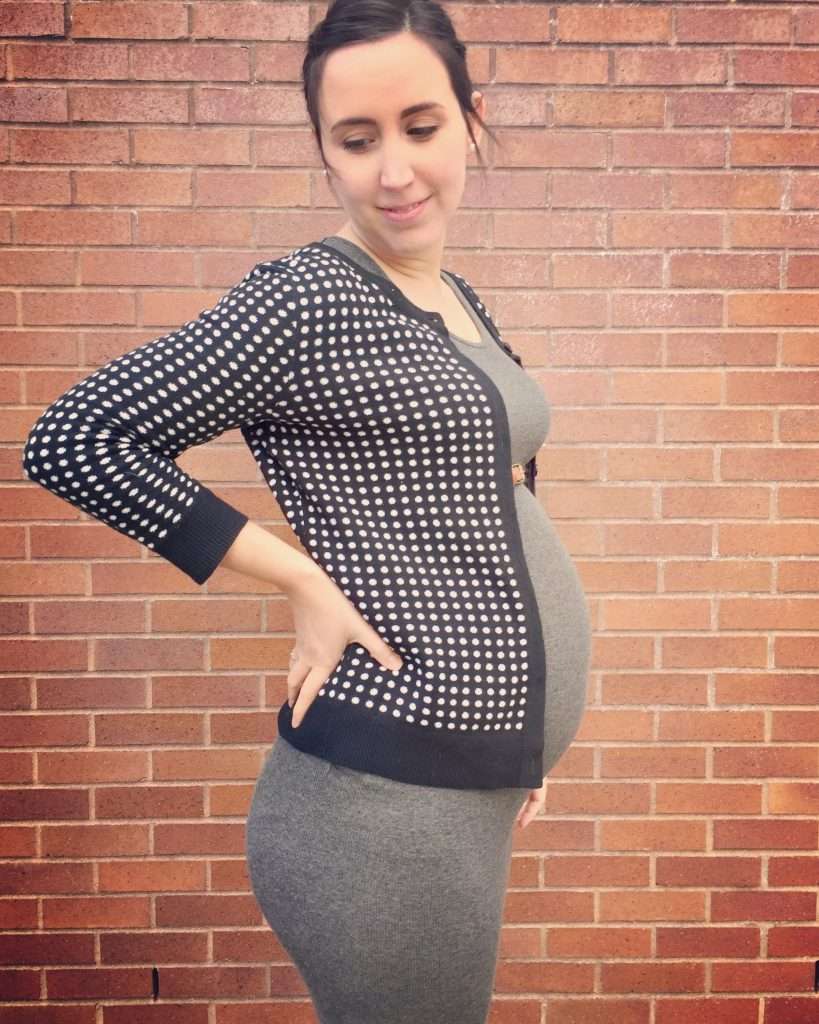 I remember the moment the weight of fear finally got lighter.

A dear friend from Portland and I met for coffee. She knew I was pregnant, and after I shared my worries and concerns, she told me she was pregnant, too. She was due just a few weeks after me! I still don’t know why, but that news made me feel hopeful again. Like I just knew she and I were going get through pregnancy, the newborn season, and raise kids together. Suddenly, I was looking forward to the season of life I was about to embark on. It finally felt like something good was waiting on the other side.

Now, I’m in the thick of the newborn season.

This newborn season is unlike any other season I have experienced so far. I have been through plenty of big life changes in my nearly 30 years. More moves than I can easily count. College. New jobs. A marriage. And even more moves.

But none of those big changes compares to motherhood. In part, I think that’s due to the permanence of this change. I moved to and from those other cities. I graduated college. Then I ultimately left those new jobs. And despite the fact that Chris and I do our damnedest to ensure our marriage is permanent, there remains a legal avenue for me to no longer be a wife if needed. But there’s no way I could ever not be William’s mother. This newborn season opened my eyes to the permanence of motherhood. Most days this fact feels as light as air. When William smiles at me, it’s unlike anything I have ever felt before. He’s going to grow into an adult, and I get a front row seat to that growth (and a backstage pass, and a director’s chair, and a stage manager’s headset, depending on the situation). I see toddlers or preschoolers (or elementary schoolers or middle schoolers or high schoolers) now and I wonder what my son will be like at that age. The privilege of raising him feels like a joy in this newborn season.

But there are also moments that the privilege of raising a baby feels heavy. 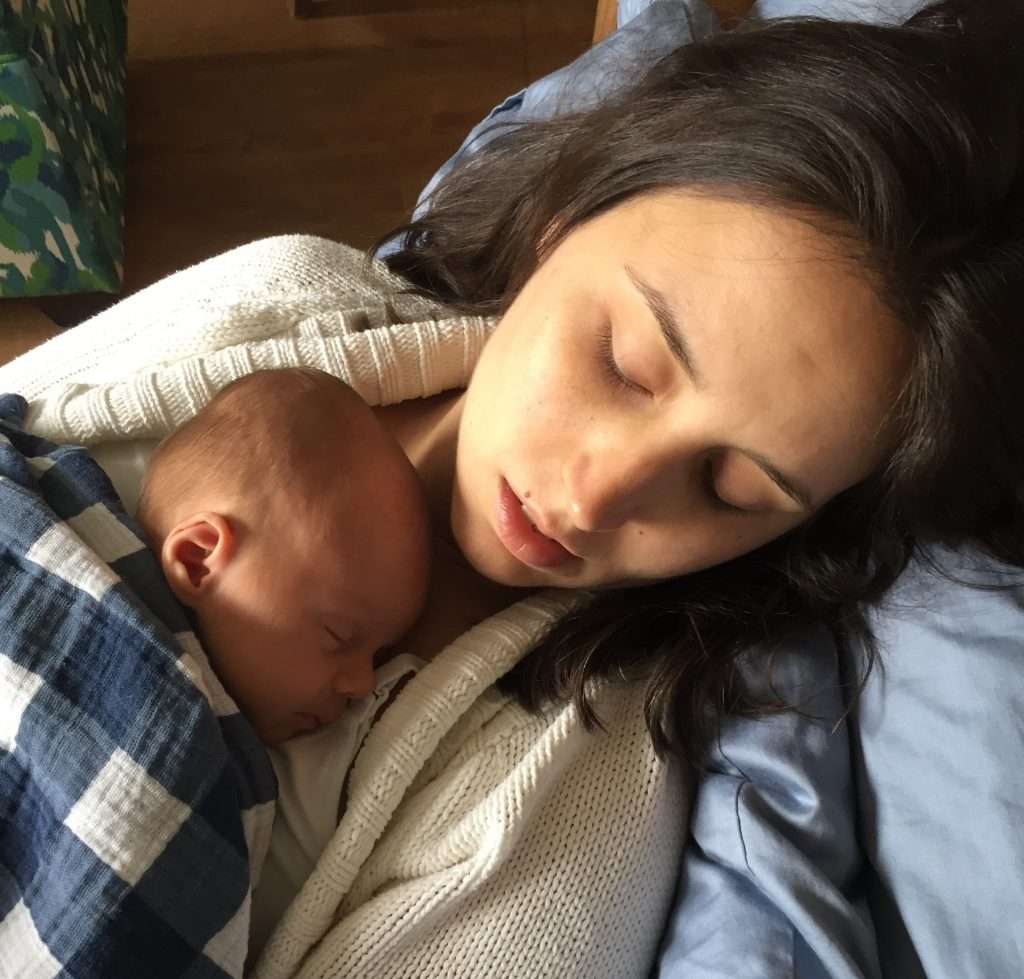 When the evening news is bleak, I not only wonder about the world he will inherit, but also how I will have to explain it to him. I worry about being able to give him everything he needs. IT feels heavy when I think about the tough things or the bad things that could happen to him or our family as he grows up.

When the privilege of motherhood feels heavy, I want to think about these 2 pictures below. 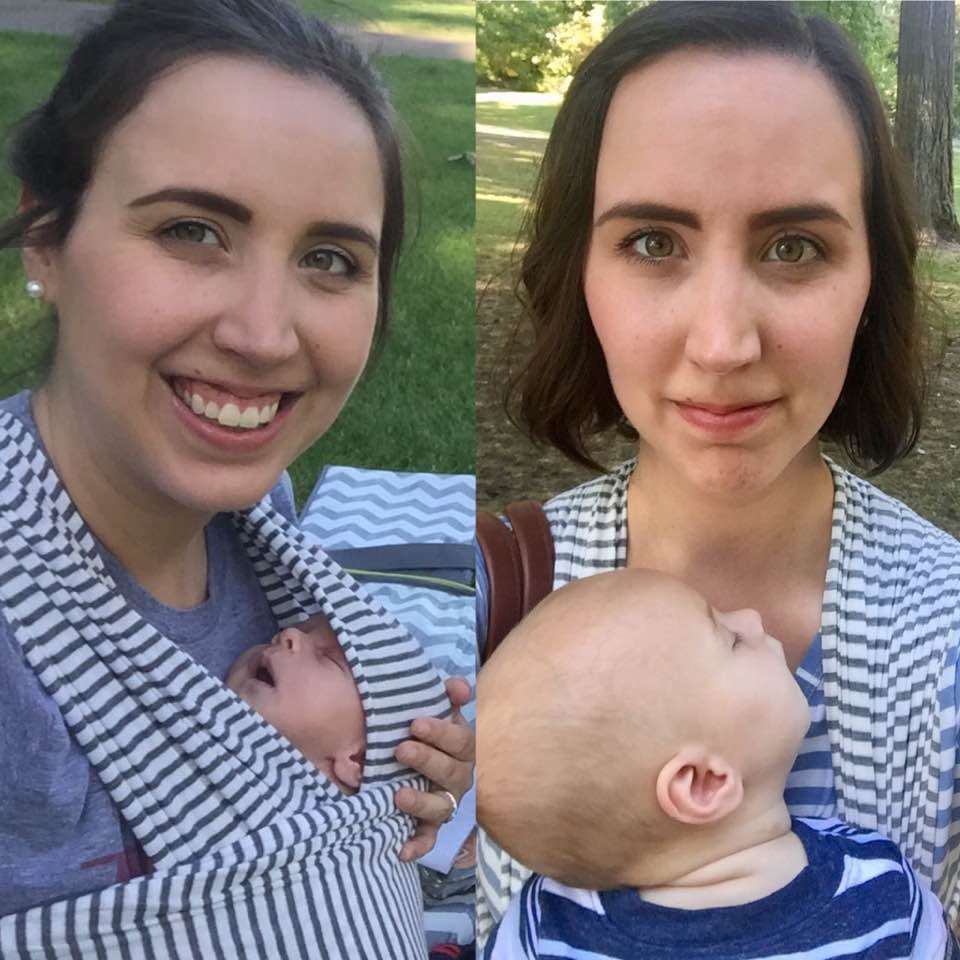 Both of these pictures were taken in the same park just a few months apart. On the left, we were at a family picnic over Memorial Day weekend — the beginning of summer in my mind. On the right, a solo walk through the same park on what truly felt like the last summer day in Portland in October.

So much has changed in this newborn season.

William has grown and learned and as his mother, so have I. What you don’t see on the left is the worry and fear I felt.

He was just a few weeks old, and we were struggling with breastfeeding. I worried I would not be able to sustain the one thing I had looked forward to the most in mothering an infant. I never knew if he was getting enough milk. And I felt like I couldn’t trust my body to give him what he needed. And thanks to a tongue tie (which at that point we had gotten such mixed information about), he was a very slow nurser. Sometimes feeding him took an hour. Only to start the whole thing over again just an hour (or less) after we finished. 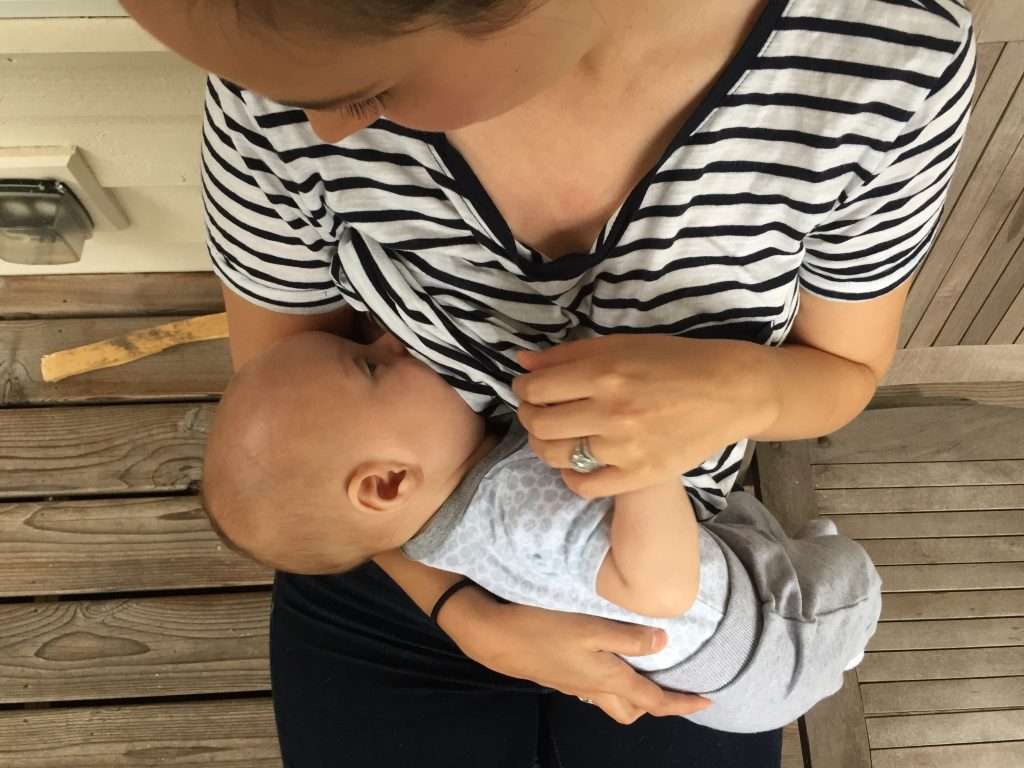 One beautiful summer day during this newborn season, I felt trapped. I was convinced I would hardly be able to leave the house ever again. In fact, I took this outing just to prove to myself that I could actually breastfeed in public even if it took 40+ minutes. On top of all these fears (as if they weren’t enough), I felt the intensity of new motherhood. This intensity brought me to tears of both joy and heartache nearly every day. The intensity of this newborn season is something I still struggle to describe.

These are the questions I was toiling with in the first months.

Who is this person?

What does he want from me?

Will I really be able to give him what he needs?

Will anything ever feel normal again? And yet somehow, when summer turned to autumn, everything changed yet again.

By the close of summer, William and I had hit our newborn season stride in day-to-day life. I knew what he needed and wanted from me at this stage. And I finally trusted my ability to meet those needs and wants. 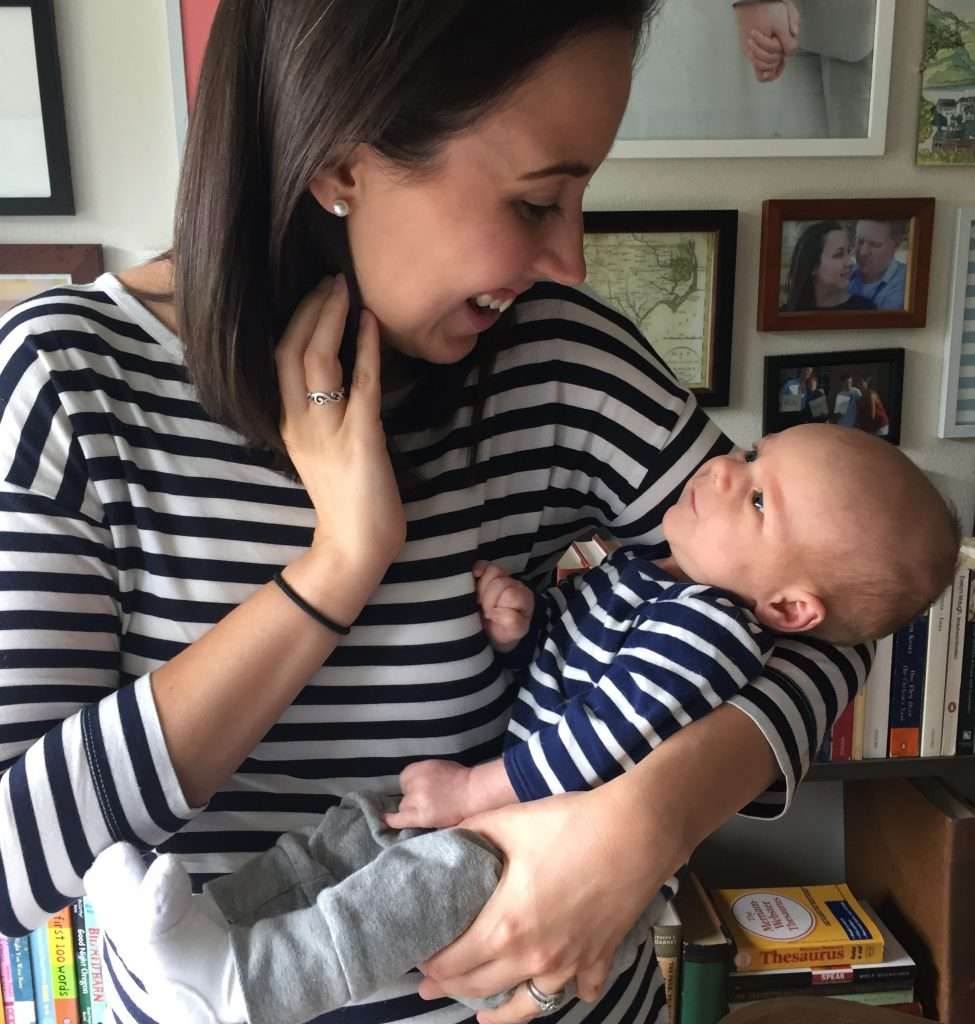 I have a better idea of what I can actually accomplish in a day during this newborn season. (It turns out not much beyond nurturing him, but that’s more than enough.) All three of us work together to create our family’s new normal — and it’s a normal I love. Little by little, we left the fog of the newborn season behind.

When raising my baby feels hard, I’ll remind myself just how much things change. 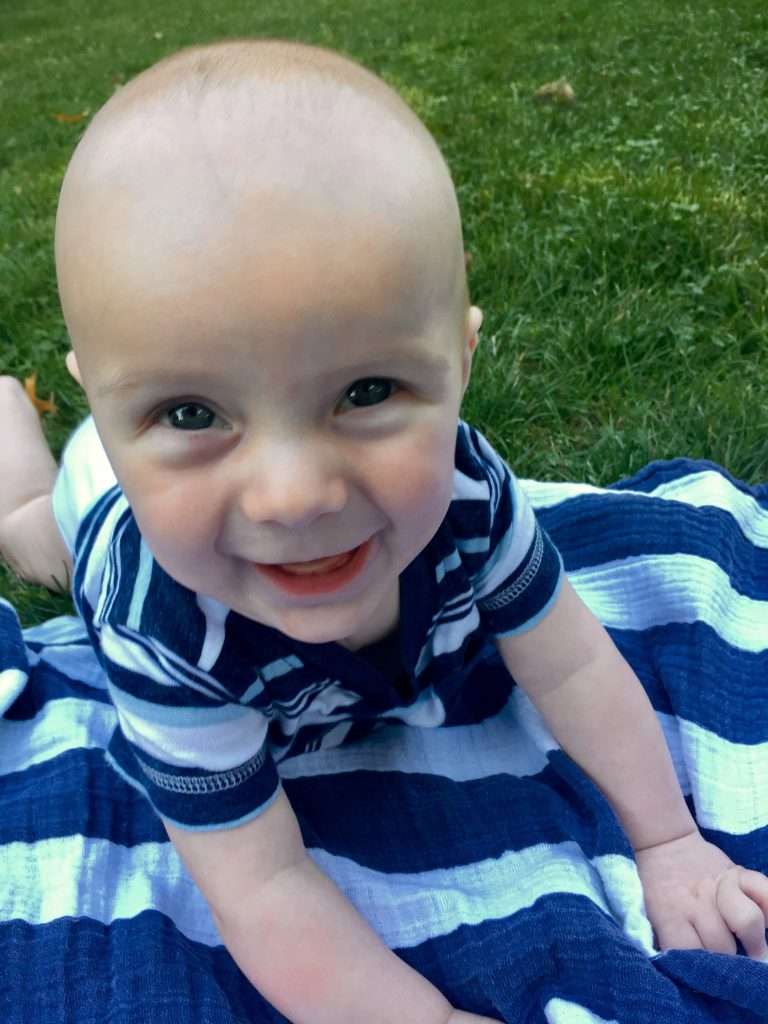 Seasons of life come and go. Sometimes instantly and sometimes gradually. I want to remember that just one conversation can change a whole perspective. I want to remember the roller coaster of emotions that was William’s first summer, but also how we came out on the other side. These memories will encourage me to keep leaning into the hard things, knowing there’s often good on the other side.

A special thank you to our Motherhood Story Teller, Rachel Damgen (past student of Baby Nest Bradley Method Class) You are so brave to share your story so honestly. May it encourage other mothers to know what feelings are normal and that they are not alone. We need to be mindful of where we came from. The newborn season can be difficult, but like summer melds to autumn, this season changes as well.

Share with a new mom or mom-to-be, so they know they are not alone.

Feel like you are failing as mom? Read more here, why you are not!

We’re a group of professional Birth & Postpartum Doulas bringing comfort, confidence &  support to the birth journey. With over 40 years, combined birth experience…we know that your birth matters and are here to guide you to your best birth.

Our services include virtual and in person: 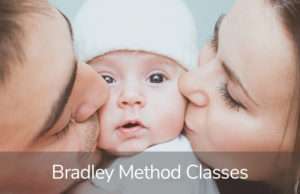 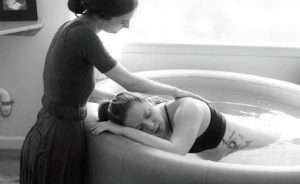 Want to meet a doula?